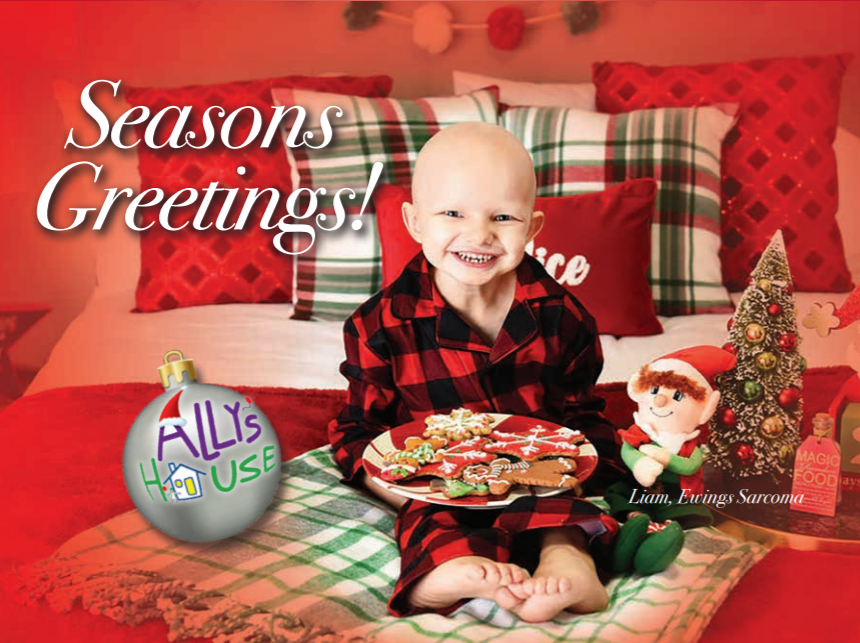 Posted at 13:31h in News by Jordan Oliver

In November of 2015, Liam Bradshaw was a sweet 5-month old boy. After a lump formed on his arm, his parents, Zach and Katelyn, took him to the pediatrician and eventually were devastated to learn Liam had Ewings Sarcoma, a bone cancer. Little Liam endured 22 rounds of chemotherapy over the next year, and had his thumb and index finger amputated. It was a terrifying and difficult year for the Bradshaw family. In March of 2017, Liam showed no evidence of cancer, and the family celebrated! But when Liam returned for a follow-up scan 3 months later, it showed cancer in his forearm and also his lungs. More chemo did not help this time and the cancer continued to grow. At 2 1⁄2 years old, Liam was given a life expectancy of 6 months.

Zach and Katelyn had to make a choice – either do intense chemotherapy and spend the next months in the hospital, or to just allow Liam to do things that would help him “live life” as his mom Katelyn explained. They chose the latter and spent the next few months going places and having fun as a family, including a trip to Disney World. Liam proved to be a fighter and was still fighting a year later. At age 3 1⁄2, he began routine chemotherapy every three weeks and, while it has not eliminated the cancer, it has stopped it from growing and progressing.

Now, Liam is 4 and like any other boy his age, he likes to run around, get dirty and rarely stops moving. He has a contagious laugh, million-dollar smile and a sunny personality. Ally’s House helped Liam’s family with rent and other bills, just as they were about to lose their apartment. “Ally’s House stepped in at just the right time and saved our family from being evicted.” “More people need to know what families like ours go through – not only to help, but to share what Ally’s House does with other families who could use the help as well. We didn’t know there would be anyone to help us when Liam was diagnosed. It was such a blessing when we heard about Ally’s House.” When you donate to Ally’s House, your money goes directly to families just like Liam’s. Consider a donation this Christmas season and continue the legacy of Ally’s House and all it does for the families of Oklahoma children with cancer.